In 1969 Elizabeth Kubler-Ross published the book “On Death and Dying” outlining what came to be known as the Five Stages of Grief. Few understood that Kubler-Ross was describing what she had observed in her patients who were dying. It was about personal grief from one’s own approaching death but could be applied to the grief of any loss that might be experienced. The author published a second book decades later entitled “On Grief and Grieving” in which she explained the stages further.

With this background in mind, it serves us well to briefly look at the five stages which Dr. Kubler-Ross listed.

1.Denial
Denial is a natural reaction which briefly buffers one from the unthinkable reality of death or approaching death.

2. Anger
Anger is often directed at the unfairness of the loss one is experiencing.

3. Bargaining
Bargaining is a mechanism that is especially used by those who are anticipating their own death. Bargaining might be in the form of asking to just see a daughter’s wedding or a grandchild’s birth before death.

4. Depression
Depression sets in when one realizes that bargaining will not work and is a period of deep mourning.

5. Acceptance
Accepting the inevitability of death brings a measure of peace, but it does not erase grief.

One should never expect grief to be packaged in a neat orderly group of these five steps. Instead, grieving is personal and these stages can occur in any order, can overlap, as well as come and go over time. Having a general idea of what one is experiencing in these terms can, however, be helpful in recognizing the normalcy of the process.

These stages, these feelings are not only connected with loss through death but can be from any type of significant loss. Some that quickly come to my mind are the loss of a job, a home or a pet. Other less obvious perhaps are the loss of self-image (through injury or surgery), loss of a partner through divorce or separation and even loss of status or a sense of self. Through all of these losses and more, we can expect to deny, be angry, bargain, experience depression and hopefully finally reach a degree of acceptance. 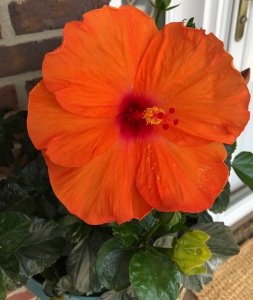 How to Say Goodbye

One of the hardest things to do is to say goodbye to one who is dying. Knowing that these are likely the last words you will speak to someone you care about is a formidable responsibility. Beryl Schewe (Eden Prairie News) notes six things that should or could be said. They are: I love you, Thank you, I forgive you, Forgive me, I will be OK, and Goodbye. It seems to me that any of these six simple phrases said in love are appropriate. I believe they are enough. I believe they can bring peace to both the dying and the survivor.

In the next post, we will discuss what to say and not say to one who is grieving.

“Grief is the price we pay for love.” Queen Elizabeth II

Theme photo in title by Pixabay