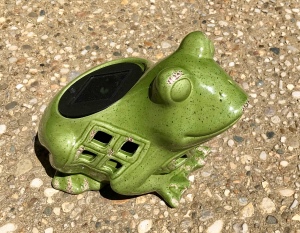 Frogs are precious and, not as dinner. Did you know that according to the Amphibian Rescue and Conservation Project* (Panama) between 1996 and 2006, over 100,000 tons of frog legs worth almost half a billion dollars were consumed by human diners?

Frogs are valuable and not just as pest control. We would certainly suffer without frogs eating flying pests. Considering the diseases carried by mosquitoes I cannot imagine a world without frogs and other amphibians to keep them under control yet, since 1980, we have lost over 120 species of amphibians!

“So what?” some may say, but the value of frogs goes way beyond pest control and culinary uses. Frog skin is a virtual bonanza for medical research and treatment. Frogs have been found to carry cures and controls for some of humankind’s most threatening conditions*.

Someone has said: “Frogs have it made, they get to eat what bugs them.” Anonymous and it is true. We once had a koi pond with frogs and lily pads and it was great entertainment until one very large frog became “bugged” by a bird. The bird just wanted a drink from the pond, but that hungry frog rose up and gulped the bird into its mouth! Only the tail and wing tips were not swallowed. I would never have believed it possible had I not seen it in my own backyard. And, you might not believe it either except in addition to a couple of (frightened) witnesses I have pictures.

Warning, it is not pleasant. 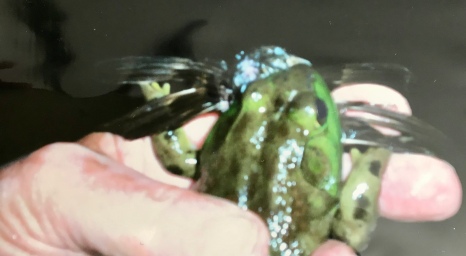 Like people, they may not all be sociable but we need frogs and they need us to preserve them for the value they add to our world.