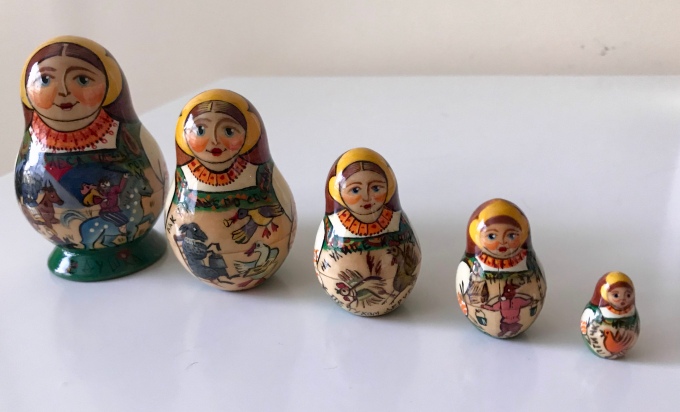 Beginning in May and lasting into July it never gets completely dark in St. Petersburg due to its geographical location as the Northern most city in the world. This period of time is referred to as “White Nights.” It was an eerie feeling and messed with my circadian rhythm. This was not the biggest deterrent to sleep, however. Never have I see such big and persistent mosquitos. They buzzed loudly and got in my face belligerently each evening in the hotel. They seemed partial to the face and hands for their nightly feast. I counted 20 bites on one hand and 10 on the other as well as enough on my face to look like I had chicken pox!

The Goodwill Games were started in Moscow in 1986 by Ted Turner as a response to political difficulties surrounding the Olympic Games at the time. While I was in St. Petersburg the country was hosting the games for the second time. It was exciting to see the enthusiasm the games inspired and I knew the city was presenting its best face for the onslaught of tourists.

The hotel I stayed in was the Rusky as I recall. It had a lot of marble, but not the beautiful expensive type that I was used to seeing working in the magnificent Humana headquarters in Louisville, KY. This marble was lifeless and the rooms were little more than one would expect in a hostel or at camp. Although clean the beds were cots, the bathroom’s plumbing was exposed and the mosquitos had free access to guests.

This view outside the back of the hotel is more representative of what the city was like in 1994. 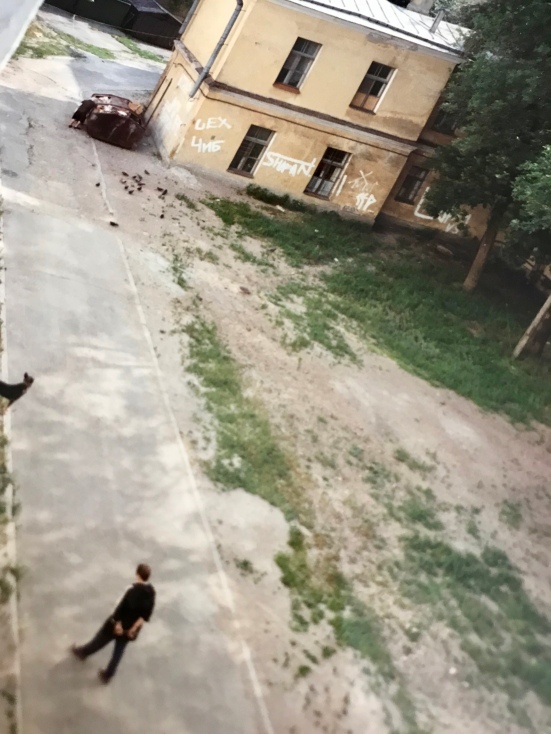 Cemeteries are one of my favorite sites to visit. Those in Russia were certainly not a disappointment. By tradition, they are divided into three sections. There is a section reserved for Communists, usually signified by the hammer and sickle. 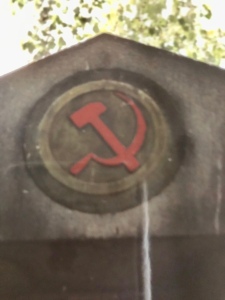 There is a section for those involved in the Arts and another for regular people.

Things We Take for Granted

This I saved for last. One thing that we take for granted here in the US and in much of the world, I suppose, is toilet paper. We load our grocery carts with no thought to what life would be without this commodity. In Russia in 1994 that was not the case. Many public restrooms had no T.P. at all. Others had attendants who presented you with a couple of squares as an allotment as you enter. Some places had a sheet torn from books (see the example from “church” below.) Here is the collection that I preserved: 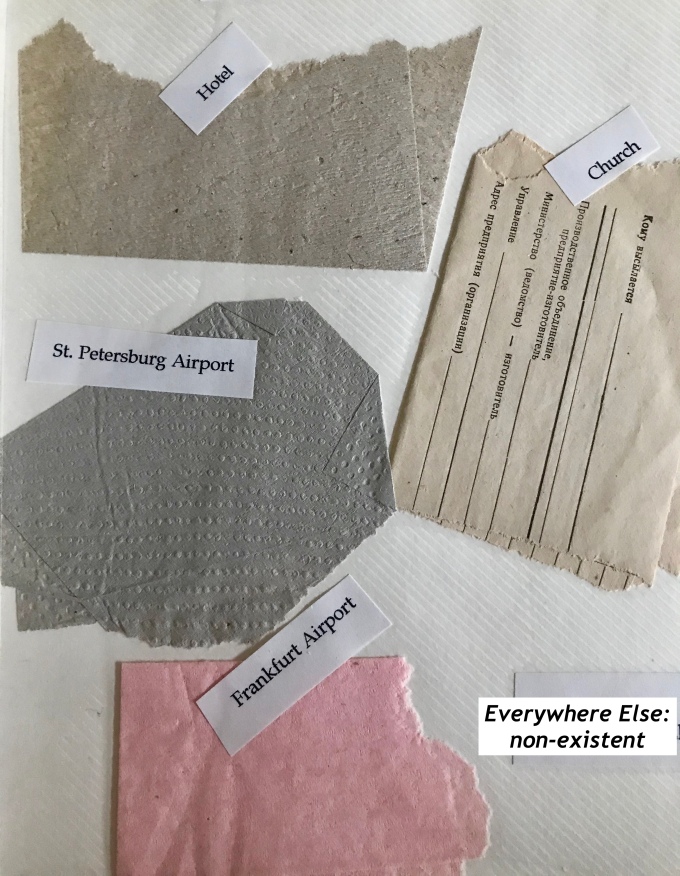 Note: Thank you to Lula Reynolds for giving us a break from St. Petersburg and sharing her visit to Moscow (2012) in the last post.