The Russian language is very difficult. I worked for months before the trip to learn as many words as possible. I listened to tapes (yes, cassettes) and gradually learned approximately 100 Russian words. Today after all those years, I remember about three or four: “No”, “Goodbye”, and “Thank You” for sure. Often when the people heard a visitor say a few words of Russian they then assumed that you spoke the language.  That could create problems without enough words to explain.

The currency when I was in Russia was very weak.  A ruble was worth less than 1/10 of a penny. Each day would begin by standing in line at a money exchange kiosk. 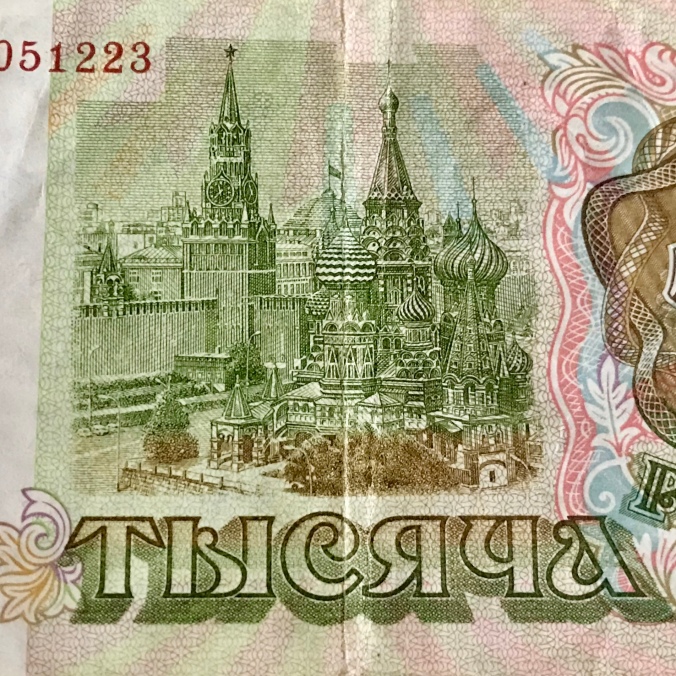 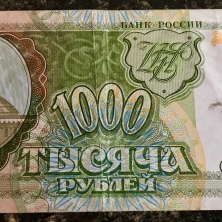 There were few private autos in Russia during the 1990’s, but there were trolleys, buses, subways and a few taxis. Public transportation was dependable, but very crowded, especially the buses which were cheapest. Commuters were jammed tightly together but never looked one another in the eye.

The Metro (subway) was one-third mile underground. The escalators were efficient in transporting passengers to and from the trains. The trains ran at 100 MPH and were clean and safe. The interpreter I was with said that pick-pocket thieves were on the lookout for tourists, but I experienced no problems nor suspicions.

The Hermitage is one of the world’s most premier museums. It is filled with priceless art and at the time I visited it had no temperature or humidity control for protection of these precious pieces.

Patrons were asked to remove our shoes and use soft slippers provided to reduce noise. We were allowed to walk around with few to no guards or docents to prevent damage to the irreplaceable works of art.

Music and dance are adored in Russia and I was fortunate to be able to enjoy both while in St. Petersburg.

The ballet Swan Lake was performed in a historic theater by a newly formed dance company which now performs all over the world. The theater was grand, but showed signs of age and lack of maintenance as evidenced by the restroom picture below. 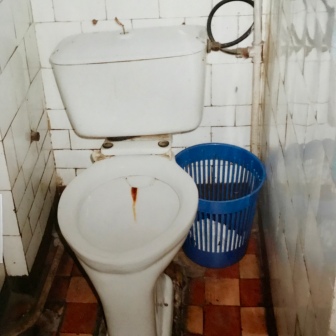 I also had an opportunity to attend a folk music show with traditional dance, costumes, and instruments. It was the first time I had seen or heard the three-stringed instrument called a balalaika.