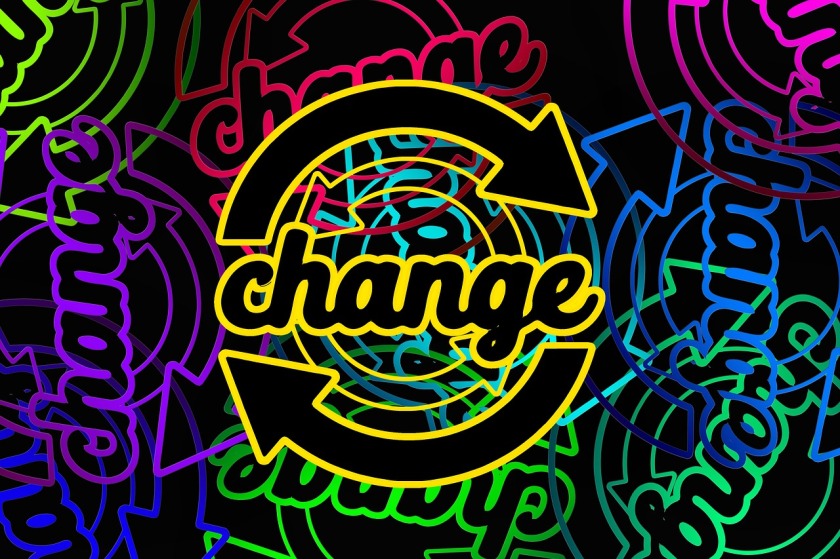 You have heard the saying, “The more things change, the more they stay the same.”

This epigram has been running through my mind because we are discussing the subject of change. On its face, it does not seem to be true. Change is all around us from daily chores to possibly even the climate of planet Earth.

One thing that has changed in past few decades is the ease with which we can do research. I must be honest and say that if I had had to go to a library and flip through a card catalog I would have been less interested in the origin of this saying, but access to the internet, being at the tip of my fingers, I quickly learned that it is attributed to Jean-Baptiste Alphonse Karr. He was a writer born in Paris, France in 1808 who apparently believed that change does not affect life in any permanent way. Do you agree? Do we, as a people, a society, stay essentially the same in spite of the changes around us? Are there basic beliefs that we hold regardless of the change that we experience?

While considering how true Karr’s long-lived statement might be I was surprised to learn that it has had a significant influence on music across many genres.  Just a few examples are work by Kenny Chesney, Jon Bon Jovi, Machine Head, and rappers Ludacris and Jay Z. Here is an example in some lyrics from “Put Your Records On”  written by Corinne Bailey Rae, et al.

“Three little birds sat on my window, And they told me I don’t need to worry, Summer came like cinnamon, so sweet, Little girls, double-dutch on the concrete, Maybe sometimes we got it wrong, but it’s all right, The more things seem to change, the more they stay the same”

All right, I acknowledge this music connection proves nothing except that perhaps it works well with rhythm and rhyme.

Change is undeniable, but the last part, “the more things stay the same” is more debatable. When I was young, I remember I-65 being completed and riding with my grandfather (Pappy Sea) to Elizabethtown to visit relatives. The new road was great, straight and smooth, but it didn’t change Pappy’s driving habits. He still thought that his new-fangled turning signals, i.e. “blinkers,” were there to alert other drivers that he intended to change lanes. He didn’t look in his mirrors for other cars, just as he did not on country roads back in Anderson County.

What other examples are there that things do indeed stay the same in spite of change? Some that come to my mind are: Status of women, inequality of people of color, animal cruelty, world hunger, weather disasters, gun deaths in the U.S.

Realizing that I am coming close to violating my own “no politics rule,” I am trying to think of more positive examples so here are a few: cuteness of kittens and puppies, innocence of children, beauty of sunsets, sweetness of babies, sound of ocean waves, fragrance of roses, crispness of autumn leaves, silence of falling snow.

We change, but do we change?